Rejection is a common encounter for most people: your budget plan or business proposal gets abandoned by the seniors, or a designer’s brightest idea is rejected by the client after many nights of hard work, or a man of quality turned down by a girl he loves.

For a writer, rejection slips are a part of writing life. The more you write, the keener you are to submit, the more you are likely to receive rejections. I haven’t worked out yet the mathematics behind all this, but presumably it is also counter-balanced by your talent, your relationships or connections with the publishers (not many writers are that connected with the publishers), the marketability of your texts or writing style, and the moods of the editors. Often, seeing publishing from a consumer’s point of view, gives us the illusion that bestsellers are a product of creative genius (alone). 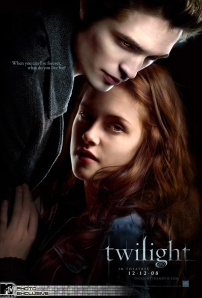 If we take a step back, there is a value in collecting rejection slips: it is a testament to your perseverance and passion. There is a Chinese legend about an old man who struggles to move a mountain. Despite the folly of the idea, he manages to live up to his conviction, and his passion has touched the gods.

I have always admired people who manage to get to their destinies or goals in the shortest time feasible. I once came across a boss who said to me that he could easily change the colours of all his retail stores, if he wants to, overnight. Sometimes, it’s all about speed. However, I also feel that it is not always the case nor is it in a man’s best interest that a goal be best achieved as quickly as possible. As one collects more feedback along the way, there is the chance to create and revise, to take a step back and appreciate what one has produced, to reaffirm its worth and to keep going.

Sometimes one gets a line or two of handwritten notes from the editors, pinpointing what they like or not like, or comments on the styles. These are very hard to come by and they are treasured like limited edition books or stamps. Believe me, most of the editors are kind and even though they do not accept your work, they tend to give constructive advice that goes a long way in helping you sort out your weaknesses.

While I cannot speak for others, I have benefited from the marathon of rejection slips more than going to masterclasses or going on writing ‘holidays’, because the rejection comments are much more focused and relevant to my work, and are directly from the editors and publishers themselves (or at least, their editorial interns and assistants).

Of course, there are always the sweeter moments, an acceptance here and there, somewhere far off a victory won.

And if you think that this principle of rejection or managing rejection only applies to writers, you are quite mistaken. I have found a site (click here) which summarises the unpredictability in life and points out the ultimate value in hard work, especially in consistently hard work, no matter which field you are in. In an article published by New York Times in 2007, we can see that even literary heavyweights such as George Orwell, Nabokov and Kerouac had been repeatedly rejected: so why not you and me?

Remember, it took Edison 1,000 unsuccessful attempts before he came up with the perfect light bulb that brightens up our world.

5 thoughts on “A marathon of rejection slips”