It has been a great joy reading Orhan Pamuk’s The Museum of Innocence. The novel starts with a relationship that is doomed for disaster: an affair before a man’s engagement. The Mehmet Apartments where the affair happens is the central setting, a place which quickly becomes a house of regret, of unending languishing and a museum of innocence. I wouldn’t say innocence is the best word to describe it, for the protagonist senses the tragedy from the beginning. Yet there is such decadence, such complicity in the voice.

What I have been enjoying so far about this novel is that other than the distorted memory of a past affair, nothing much seems to be happening. There is a reluctant indulgence in it, in wallowing in one’s tears. There is so much self-pity that the reader is invited to judge and almost despise the narrator, yet the obsession is the very anchor of this book, it suggests something salient and sickening about the secretive culture, of second guessing who was sleeping with whom, of condoning self-deception or deception of one’s parter, of caring what society thinks far more than what oneself thinks. That it is more permissible to lie and to gloss over one’s life choices and emotions. The affair is the trigger, but the crux of the problem lies deep in the reliance on collective judgment and the appearance of virtue. 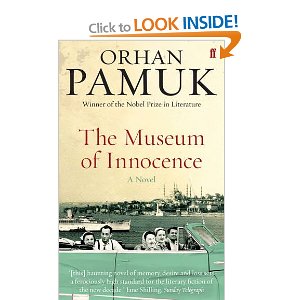