Below is an excerpt:

It takes a little time in this lengthy second collection by Jennifer Wong before you start to appreciate exactly where her considerable strengths are taking you. That’s because, on first reading of the opening dozen or so poems, her restrained, pared-down style threatens to tip over into the prosaic…and then her delicate, unshowy language begins to feel like her greatest asset. In poems such as Photographs and Itinerary, it’s used to create pictures of a world seen through lenses or in mirrors, which act as boundaries or barriers between different states. So, the latter poem asserts: “In the pivot of glass everything/ is so small and manageable”, but by the end of the poem, reality is far more unsettling to deal with:

It is not easy anymore

to forget or be free of the bear

that roams the place where I come from.

The place referred to there (Wong’s Hong Kong-born) plays a key role. There’s a fine series of English versions of Chinese poets, and more than once Wong makes connections between the bilingualism of her home and the way poetry itself recreates familiar scenes in a different language (not always positively). […] Her ambiguous relationship with Hong Kong itself becomes an extension of that ability to see multiple sides of everything…

***Buy a copy of the magazine from magmapoetry.com to read the full text. 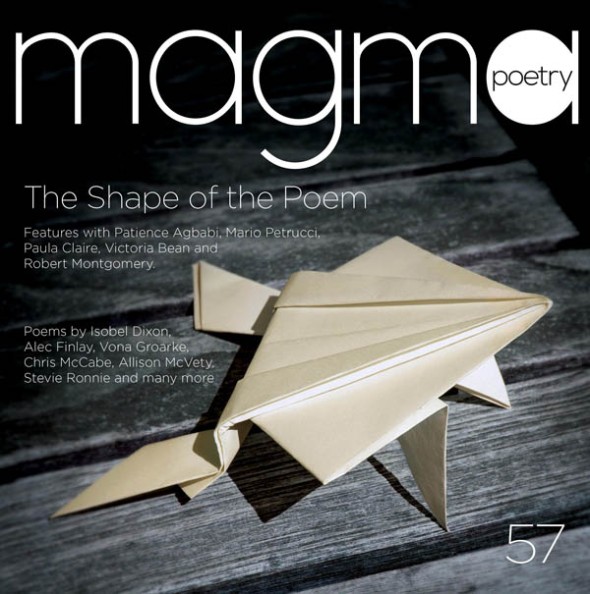